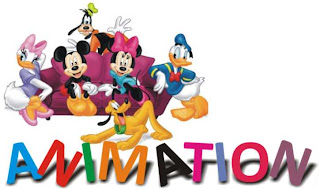 Computer animation deals with the generation, sequencing, and display of a set of images (called frames) to create an effect of visual change or motion, similar to a movie film (video).
Animation is an important component of multimedia, because just as a picture is a powerful way to illustrate information, a small animation clip is even more powerful and useful for illustrating concepts, which involve movement. For Example, in the multimedia application meant for educating small children an animation clip will be very effective in illustrating the difference in movement of a horse during a gallop versus a walk. Without animation, it will be very difficult to explain such concepts by using only still images and text. Similarly, in a multimedia application meant for teaching swimming, the proper way to swing hands for swimming can be more effectively illustrated with an animation as compared to images and textual description.
Animation is often confused with video may be because both deal with the display of a sequence of images to generate an effect of motion. However, animation is commonly used in those instances where videography is not possible, or animation can better illustrate the concept than video. For example, collision between two stars, or movement of planets around sun, cannot be video graphed, and hence, can be best illustrated with the help of an animation clip. Similarly, flow of blood in our arteries and veins, and pumping of blood by our heart can be best illustrated with the help of animation clip. Animation is also very commonly used in advertisements, cartoon films, video games, and virtual reality applications. Virtual reality is relatively new computer technology, using which, the user can put on a pair of goggles and a glove and tour a three-dimensional world that exists only in the computer, but appears realistic to the user.
Animation deals with displaying a sequence of images at a reasonable speed to create an impression of movement. For a jerk-free full motion animation,25 to 30 frames have to be displayed per second.
Hardware Requirements for animation.
Software Requirements for animation .
Posted by nk at 11:03 PM

Email ThisBlogThis!Share to TwitterShare to FacebookShare to Pinterest
Labels: computer animation, motions, multimedia, what is animation