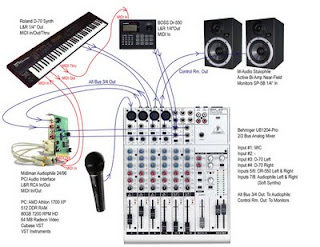 Computer audio deals with synthesizing, recording, and playback of audio or sound with the aid of a computer. Audio is another very important component of multimedia, because in many cases sound can substantially reinforce our understanding of information presented in other ways, and in some cases sound is the only way to provide the desired information.
For example, in the multimedia application meant for educating small children voice explanation can be added to the animation clip for describing what is being shown, and pointing out what to look for that makes a house’s gallop different from a horse’s walk. Similarly, an animation clip can show the horse neighing and neighing sound can be added to effectively convey the type of sound horses make. Note that, it is nearly impossible to provide an accurate description of a horse’ neigh, a lion’s roar, or a bird’s chirp using text, and graphics is of no help in these castles. Hence, sound is the only medium that can accurately provide such information.

Information can be represented as analog signals or digital signals. Analog signals exhibit a continuous tone of smooth fluctuations, while digital signals are composed of discrete values represented by numbers. The transformation between analog and digital signals is achieved by A/D (Analog-to-Digital) conversion and D/A (Digital-to-Analog) conversion. A/D conversion transforms an analog input(such as voltage) into a series of numeric representation by digitization’s/A conversion is the reverse process, which transform a sequence of discrete numbers back into continuous analog signal.
Audio information travels in natural medium in the form of sound waves, which are analog in nature. For the computer to be able to understand audio information, sound waves must be converted from analog to digital form. Transducer is a device capable of changing signal from one form to another. For example, microphone is an example of a transducer, which converts sound waves into electrical signals. Conversely, loudspeaker is an example of a transducer, which converts electrical signal into sound waves.
Posted by nk at 2:06 AM