What is central processing unit (CPU) how it is work

The CPU is the brain of a computer system. All major calculations and comparisons performed by a computer are carried out inside its CPU.

The CPU is also responsible for activating and controlling the operation of other units of the computer system. Hence, no other single component of a computer determines its overall performance ,as much as the CPU, In order to be able to quickly evaluate any computer capabilities it is important to know how CPU are internally structured how different CPUs differ from each other ,and how CPU speed is evaluated. These and other related concepts about CPU are described below. 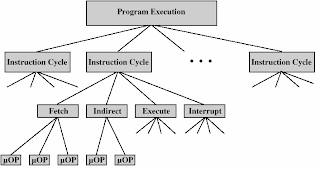 We saw that the two basic components of a CPU are the control unit and the arithmetic logic unit. The control unit of the CPU selects and interprets program instructions, and then sees that they are executed. It has some special purpose registers (whose functions are described in a latter subsection), and a decoder to perform these activities. The special purpose registers, namely the Instructions register and the program control register, respectively hold the current instruction and the next instruction to be executed, and in this way help the control unit in instruction selection. On the other hand. The decoder has the necessary circuitry to decode and interpret the meaning of every instruction supported by the CPU. Each instruction is accompanied by microcode—very basic directions. Which tell the CPU how to execute the instruction?
Although, the control unit does not perform any actual processing of the data, it acts as a central nervous system for other components of the computer. It manages and coordinates the entire computer system, including the input and output units. It obtains instructions from the program stored in the main memory, interprets the instructions, and issues signal, which cause other units of the system to execute them. 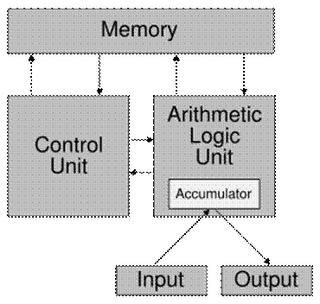 In case of a microcomputer, the entire CPU (both the control unit and the ALU) is contained on a single tiny silicon chip, called a microprocessor.
Posted by nk at 7:48 PM