Some typical applications of computer-generated animation are entertain-ment (motion pictures and cartoons), advertising, scientific and engineering studies and training and education. Although we tend to think of animation as implying object motions, the term Computer Animation generally refers to any time sequence of visual changes in a scene. In addition to changing object position with translations or rotations a computer-generated animation could dis-play time variations in object size, color, transparency, or surface texture.Adver-tising animations often transition one object shape into another.:- For Example, transforming a can of motor oil into an automobile engine, Computer animations can also be generated by changing camera parameters, such as position, orientation and focal length. And we can produce computer animations by changing lighting effects or other parameters and procedures associated with illumination and rendering. 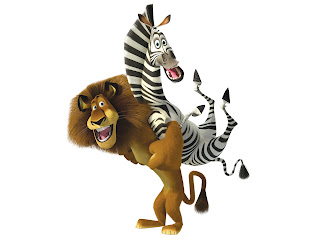 Many applications of computer animation require realistic display. An ac-curate representation of the shape of thunderstorm or other natural phenomena described with a numerical model is important for evaluation the reliability of the model Also, simulators for training aircraft pilots and heavy equipment operators must produce reasonably accurate representations of the environment. Entertainment and advertising applications, on the other hand, are sometimes more interested in visual effects. Thus, sciences may be displayed with exaggerated shapes and unrealistic motions and transformations. There are many entertain-ment and advertising applications that do require accurate representations for computer generated scences.And in some scientific and engineering studies, real-ism is not a goal. For example, physical quantities are often displayed with pseudo-colors or abstract shapes that change over time to help the researcher un-distant the nature of the physical process.


Design of Animation Sequences
In general, an animation sequence is designed with the following steps:-
·         Storyboard layout
·         Object definitions
·         Key-frame specifications
·         Generation of in-between frames
This standard approach for animated cartoons is applied to other animation applications as well, although there are many special applications that do not follow this sequence. Real time computer animations produced by flight simulators, for instance, display motion sequences in response to settings on the aircraft controls. And visualization applications are generated by the solutions of the numerical models. For frame-by frame animation, each frame of the scene is separately generated and stored.Later, the frames can be recorded on film or they can be consecutively displayed in “real time playback” mode. 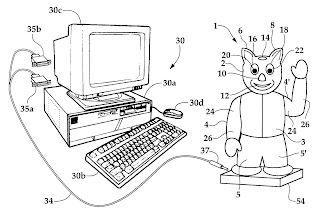 The storyboard is an outline of the action. It defines the motion sequence as a set of basic events that are to take place. Depending on the type of animation to be produced, the storyboard could consist of a set of rough sketches or it could be a list of the basic ideas for the motion.
An object definition is given for each participant in the action. Objects can be defined in terms of basic shapes, such as polygons or splines.In addition; the associated movements for each object are specified along with the shape.
A key frame is a detailed drawing of the scene at a certain time in the animation sequence. Within each key frame, each object is positioned according to the time for that frame. Some key frames are chosen at extreme positions in the action; others are spaced so that the time interval between key frames is not too great. More key frames are specified for intricate motions than for simple, slowly varying motions.
In between are the intermediate frames between the key frames. The number of in betweens needed is determined by the media to be used to display the animatin.Film requires 24 frames per second, and graphics terminals, are re-freshed at the rate of 30 to 60 frames per second. Typically time intervals for the motions are set up so that there are from three to five in betweens for each pair of key frames. Depending on the speed specified for the motion, some key frames can be duplicated. For a 1-minute film sequence with no duplication, we would need 1440 frames. With five in between film sequence with no duplication, we would need 1440 frames. With five in between for each pair of key frames, we would need 288 key frames. If the motion is not too complicated, we could space the key grams a little farther apart.
There are several other tasks that may be required, depending on the application. They include motion verficatin, editing, and production and synchronization of soundtrack. Many of the functions needed to produce general animations are now computer generated. Please check Example of Computer generated frames for animation sequences…… 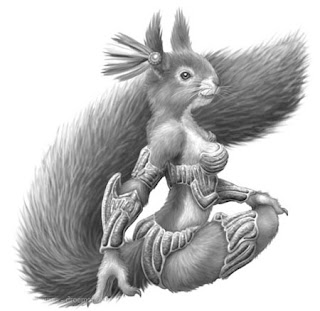 General Computer Animation Functions
Some steps in the development of an animation sequence are well suited to computer solution. These include object manipulations and rendering, camera motions and the generation of in between, Animation packages, such as Wav-front for example, provide special functions for designing the animation and processing individual objects.
One function available in animation packages is provided to store and manage the object database. Object shapes and associated parameters are stored and updated in the database. Other object functions include those for motion genera-tion and those for object rendering. Motions can be generated according to specified constraints using two-dimensional or three-dimensional transformations, Standard functions can then be applied to identify visible surfaces and apply the rendering algorithms.
Another typical function simulates camera movements. Standard motions are zooming, panning, tilting.Finally, given the specification for the key frames; the in-betweens can be automatically generated.
Related Post:-
What is Animation
Hardware Requirements for animation
Software Requirements for animation
Posted by nk at 10:56 PM