What is Computer Processor


Processors are now being built with even faster ratings. With all other parameters being equal (although they never are) a CPU operating at 500 MHz can process data five times as fast as one operating at 100 MHz 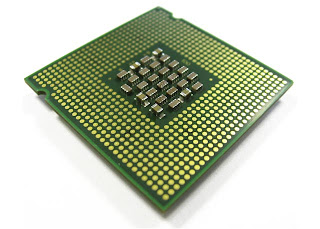 One of the earlier goals of CPU designers was to provide more and more instructions in the instruction set of a CPU, to ensure that the CPU directly supports more features, making it easier to translate high level language programs to machine language, and to ensure that the machine language programs run more effectively. Of course every additional instruction in the instruction set of a CPU requires the necessary hardware circuitry to handle that instruction, adding more complexity to the CPU’s hardware circuitry. Another goal of CPU designers was to optimize the usage of expensive memory. To achieve this, the designers tried to pack more instruction in memory, by introduction the concept of variable-length instructions such as half word, one and half word, etc.

For example and operand in an immediate instruction needs fewer bits, and can be designed as half word instruction. Additionally, CPU,s were designed to support a variety of addressing modes .CPUs with large instruction set, variable  length instructions and a variety of addressing modes are said to employ CISC(Complex instruction set computer) architectures, Since  CISC processors posses so many processing features, they make the job of machine language programmers easier. However they are complex and expensive to produce. Most personal computers of today use CISC processors. 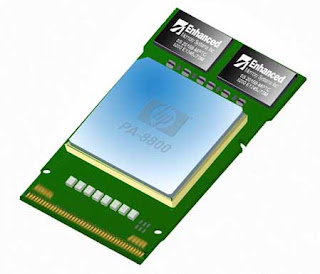 While working on simpler CUP design. These designers also came up with the idea of making .All the instructions of uniform length, so that the decoding and execution of all instructions become simple fast. Furthermore, to speed up computation, and to reduce the complexity of handling a number of addressing modes, they decided to design all the instructions in such a way that they retrieve operands stored in registers in CPU, rather than from memory. These design ideas resulted in producing faster and less expensive processors. CPUs with a small instruction set, fixed-length instructions, and reduced reference to memory to retrieve operands, are said to employ RISC(Reduced Instruction Set Computers)architure, Since RISC processors have a small instruction set, they place extra demand on programmers, who must consider how to implement complex computations by combining simple instructions. However, due to simpler design, RISC processors are faster for most application, less complex and less expensive to produce than CISC processors. 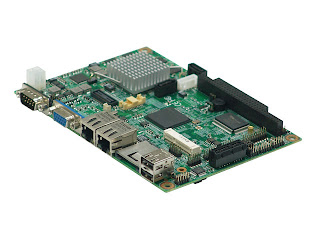 The Explicitly Parallel Instruction Computing (EPIC) technology breaks through the sequential nature of conventional processor architectures, by allowing the software to communicate explicitly to the processor, when operations can be done in parallel. For this, it uses tighter coupling between the complier and the processor, and enables the compiler to extract maximum parallelism in the original code, and explicitly describe it to the processor. Processors based on EPIC architecture are simpler and more powerful than traditional CISC or RISC processors. These processors are mainly targeted to next-generation, 64-bit high-end server and workstation market (not for personal computer market).
Posted by nk at 3:27 AM